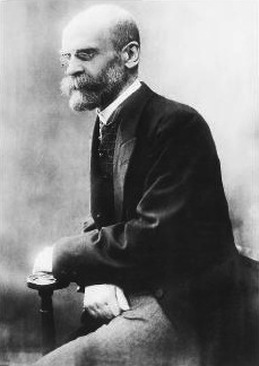 Émile Durkheim [2]
Despite this age of globalization, the rapid spread of technology in its many forms, and the common optimistic perspective that if we work hard enough, we can climb the ladder of success all the way to the top, we occasionally run up against great disappointments. Through the perspective of the sociologist Émile Durkheim, this essay will examine the disappointments that have led to an incredibly high incidence of farmer suicides in India and the contrasting social atmosphere of farmers in Malawi.

In his work Suicide: A Study in Sociology [1], Émile Durkheim discusses suicide as a social phenomenon. Although suicide typically manifests itself in individuals (or occasionally groups), Durkheim asserts that the root causes of suicide lay in society. The structural problems of society, the reckless speed of ‘progress’, and the resulting decay of morality in the populace are all referenced as catalysts of suicide. Durkheim identifies the three main types of suicide as egoistic, altruistic, and anomic. Egoistic suicide occurs as a result of an individual’s self-imposed separation from society. Altruistic suicide, on the other side of the spectrum, is the result of an individual’s total integration into society, where a person will sacrifice him/herself upon the death of a loved one, a superior, etc. Altogether different from both egoistic and altruistic is anomic suicide, which is the result of an individual’s needs outgrowing his/her means. Durkheim posits that if we do not accept the constraints society has put upon us (regarding social/material gains), our needs will multiply and our means simply won’t be able to keep pace. Anomic suicide is the result of our utter disappointment upon realizing that our means cannot satisfy our needs.

Durkheim tells us that the key to a life of happiness is the willing acceptance of society’s constraints. If we accept our social position and don’t get carried away by impossible desires, we will not be plagued by disappointed hopes and thus will not fall victim to anomic suicide. But how, in this globalizing world where the idea of ‘progress’ is rapidly advancing into the remotest of places, are we to rein in our desires? Isn’t the American dream to go from “rags to riches” or to “keep up with the Joneses”? And isn’t this dream rapidly becoming a global one? If we look to the rising incidences of suicide among farmers in India, we will see that the spread of the American dream and the rapid pace of social ‘progress’ can come at a great cost.

An essay that utilizes Durkheim's ideas is about farmer suicide.